Home » Blog » The 2016 Presidential Election and Small Business: Who Favors What? 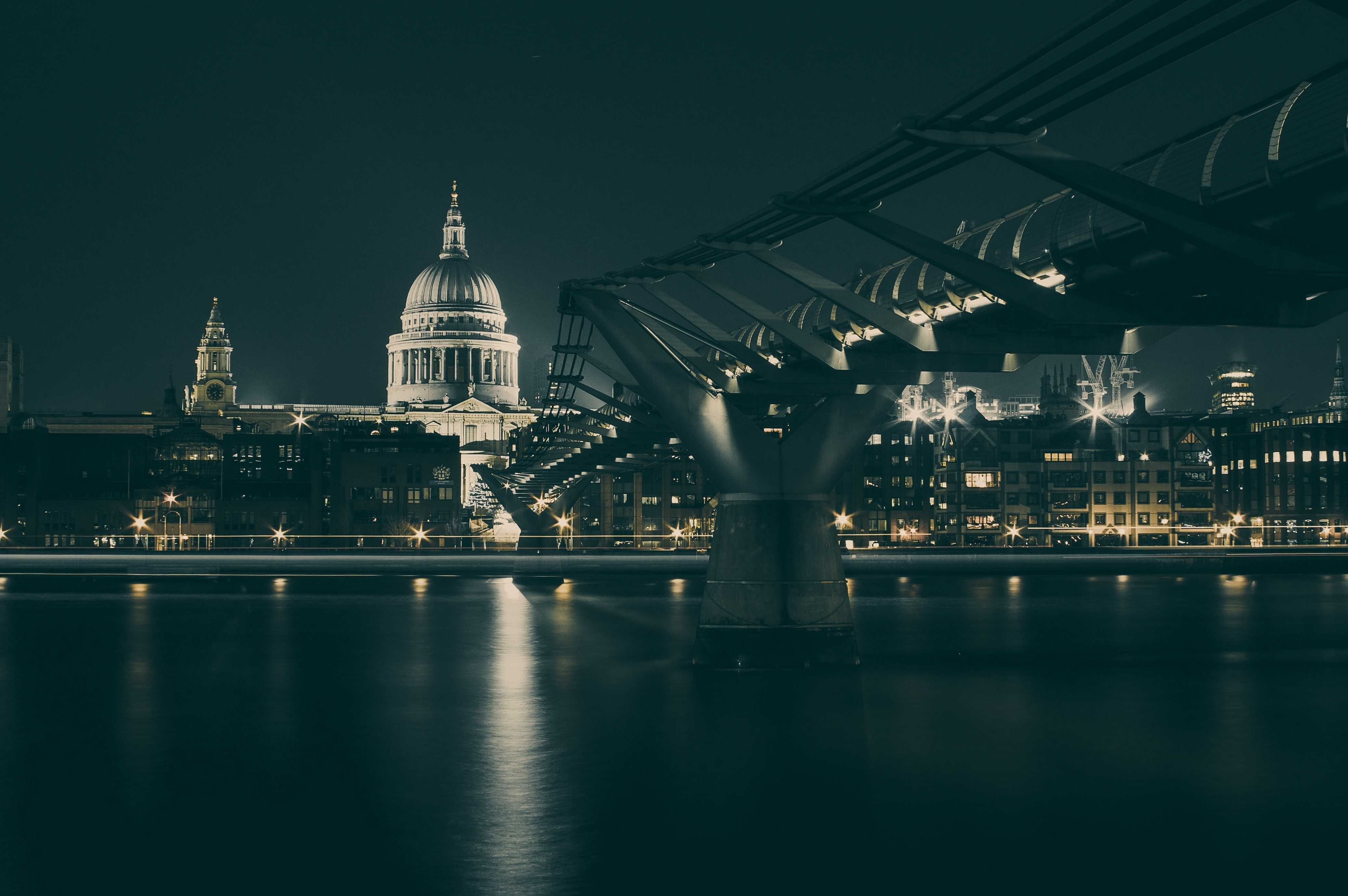 As Super Tuesday comes to a close, the pool of candidates for the 2016 American Presidential Election has been trimmed down. Only five are left standing.

The 2016 contest has been one of the best covered and most attention-grabbing in recent history—never before has the nation supported such an ideologically diverse group of candidates this late in the election process. Hillary Clinton, Bernie Sanders, Donald Trump, Ted Cruz and John Kasich each assume a unique stance foreign policy, counterterrorism, macroeconomics and Wall Street/income distribution.

But what do they envision for Main Street? Typically, promoting small businesses is the first item on the political agenda for every candidate running for office. This year, however, a convoluted geopolitical struggle in the Middle East and North Africa and the future of the Affordable Care Act have stolen much of the show.

While pressing, the foreign policy/ACA talks fail to address the foremost concerns of the 28 million small businesses in the United States. How does each candidate plan on reforming the domestic economy, tax code and healthcare system in order to benefit Main Street? Each are hot-button issues, and each candidate has a different plan for championing the American small business sector.

Check out how they stack up.

Let’s start with the man who has, to say the least, taken center stage in the 2016 Presidential election. Mr. Trump, the flashy business-mogul-turned-reality-TV-star is currently the frontrunner among American small business owners. Though a polarizing figure, a Manta survey reveals that Trump has been successful in appealing to his fellow businessmen, as 38% of small business owners feel that he would best represent their interests as president.

The pundit of real estate plans to revise the federal income tax to a four-bracket scheme (0%, 10%, 20% and 25%) and intends to bolster a corporate tax rate of 15%. Trump does not favor an increased minimum wage, wants to repeal the Affordable Care Act and intends to hand health insurance over to the national marketplace, according to CNBC. Although, it is worth noting that he has expressed support for universal healthcare in the past, so his intentions in this area may be a bit unclear. Somewhat of an isolationist, Trump is staunchly against macroeconomic policies that give any sort competitive edge to foreign economies—accordingly, he proposes a cancellation of the Trans-Pacific Partnership (TPP) and aims to impose a 15% tax for outsourcing jobs and a 20% tariff on imported goods.

The former Senator, Secretary of State and First Lady came in second place among small business owners in the Manta survey. Mrs. Clinton has based her small business campaign around reforming the tax code so that it is less favorable for the financial tycoons on Wall Street. Clinton emphasizes a reduction of “red tape” and bureaucratic obstacles that entrepreneurs have to surmount in order to file taxes and start a new business. She champions a minimum wage between $12 and $15, paid family leave and equal pay mandates.

Regarding healthcare, she upholds that the Affordable Care Act is a workable document and seeks to ensure that every American is given a healthcare plan. Concerning macroeconomics, Clinton has a muddled history with the TPP—once the conductor of the deal’s implementation, she has since rescinded her support for it.

The self-proclaimed Democratic Socialist had a rough Super Tuesday, and it seems that, barring a legendary performance in the homestretch of the primaries, Hillary Clinton will be the Democratic nominee for the election in November.

Nonetheless, Sanders remains statistically in the hunt and he has an impressive following. So, how would a Democratic Socialist (the latter term being historically tabooed in American politics) represent small business owners? The Senator from Vermont intends to heavily tax corporations, financial institutions and domestic energy producers. He promotes a higher payroll tax, a personal income tax rate above 50% and a minimum wage of $15. Sanders would expand the scope of labor unions, push strongly for the elimination of the gender pay gap and the breakup of big banks.

If elected, he would doubtlessly boost the purview of the Affordable Care Act and work to eliminate international free trade agreements, like NAFTA, CAFTA, and the TPP so as to keep jobs in the United States.

Ted Cruz stands as the only major threat to the Donald Trump Campaign within the Republican Party.
Cruz advocates a simple, flat tax and the abolishment of the IRS—rather than the current seven categories of income tax, Cruz feels that a uniform rate of 10% (and a 16% rate for businesses) will help the economy flow naturally, as is proclaimed in conservative economic theory.

He deplores the efforts of the Democrats to raise the minimum wage and the power of the FCC and EPA. Cruz has professed a strong disapproval of the Affordable Care Act but is not averse to macroeconomic involvement with other nations.

A previously unknown candidate, Kasich is running as a hopeful dark horse as we approach the final wave of state primaries. Kasich came up with a big win in Ohio and most likely needs a brokered convention to upset Donald Trump and become the Republican nominee.

Governor Kasich has a strong history of representing small business owners in his home state of Ohio– he has overseen a $5 billion dollar reduction in taxes since 2011 in the Buckeye state. Kasich supports a flexible, reasonable minimum wage which flows naturally with the consumer price index. He proposes deregulation of small businesses and the removal of the Affordable Care Act, letting the private sector resume control over the health insurance industry. Unlike his fellow Republican candidates, he is in favor of international free trade agreements.

The election features presidents that have completely different views—from isolationists to socialists to Tea Party members. Each backs an ideology that they believe supports small businesses. Thus, determining who will truly benefit Main Street is dependent upon your political perspective—come November, we will know whose strategy turned out the strongest.

For an updated version of this article, check out the following link to see who is best for small business— Trump, or Clinton.

Regardless of who wins the election, sometimes businesses need a little extra help managing their cash flow. That’s where Factor Finders comes in. We’ll help you find a factoring company that best fits your business’ wants and needs. Want more information? Give us a call or fill out our online form.

Does that Small Business Loan Cost Too Much?
As Super Tuesday comes to a close, the pool of candidates for the 2016 American Presidential Election has been trimmed down. Only five are left standing. The 2016 contest has been one of the best cove 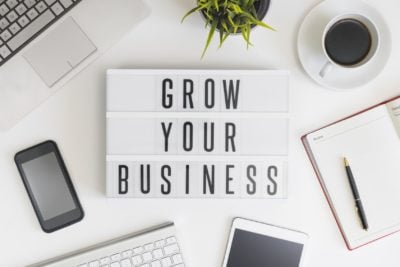 Small Businesses: Why Use Invoice Factoring?
As Super Tuesday comes to a close, the pool of candidates for the 2016 American Presidential Election has been trimmed down. Only five are left standing. The 2016 contest has been one of the best cove 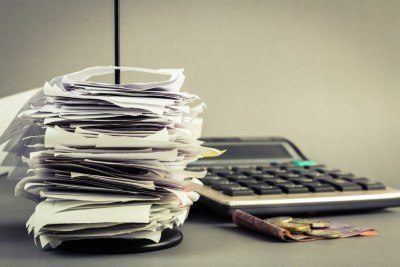 8 Ways to Increase Small Business Cash Flow
As Super Tuesday comes to a close, the pool of candidates for the 2016 American Presidential Election has been trimmed down. Only five are left standing. The 2016 contest has been one of the best cove