What is Invoice Factoring?

Invoice factoring is the leading method of alternative finance in today’s economy. Factoring helps small businesses like yours get the cash flow that it needs in order to expand and see success. But have you ever wondered where the process came from? If so, wonder no more. Read on (and check out the infographic above) to see a quick history of the invoice factoring process. Learn more about how invoice factoring works.

Did you know that invoice factoring can trace its history back to ancient times? It is true! As the infographic above explains, the earliest forms of invoice factoring can be traced back to Ancient Phoenicia. Later, the Roman Empire. Among other functions, factors were used by farmers and merchants in order to maintain a stable cash flow when the seasons made business scarce.

The Age of Discovery

As the world developed, invoice factoring played an integral role in the development and colonization of the so-called “New World.” As the British Empire established vast networks of maritime trading companies, like the East India Company and the Hudson Bay Trading Company, factors were again called upon to help with their business expansion.

The United States and America

The United States owes its history to invoice factoring– in fact, the pilgrims financed The Mayflower and their voyage to Plymouth by using invoice factors in London. And after colonies had been established, factoring remained the most popular method of finance among New World merchants and traders.

Savvy business owners have, quite literally, been using the services of invoice factoring for thousands of years. It is the best, safest way to get the funds you need in order to expand your enterprise. Are you ready to follow the likes of the Phoenicians, Romans, British and Americans? If so, contact Factor Finders and get the process rolling!

What Is The History of Invoice Factoring?

The History of Invoice, by definition, is “the purchase of accounts receivable at a discount”. It is one of the most popular methods of alternative finance, and it helps small businesses expand every day. But have you ever wondered where it comes from?

The word “factor” originates from Latin and means, “he who gets things done.” Phoenicia & the Ancient World Invoice factoring, in its most “primitive” sense, can be traced back to the world’s earliest civilizations from North Africa and the Middle East.

The Roman Empire in Ancient Rome, a factor had a similar role in the business world as the factors of today. Roman factors helped businessmen conduct financial transactions– from buying/selling for him in far-off lands to taking goods on consignment.

Factors were instrumental for helping Roman merchants (typically agricultural) expand their businesses if their crops/goods had an off-season. The British Empire The Pilgrims paid for the Mayflower and their voyage to the New World by factoring. Factoring became a prominent practice in Elizabethan England, as the British Empire sought to colonize the New World.

The East India Company and The Hudson Bay Trading Company both used invoice factoring as they established their dominant commercial empire during the Age of Discovery. America and the United States Factoring has been a popular method of finance since the very beginning of modern North American civilization. The Massachusetts Bay Colony operated with a team of factors that made other colonial trading companies realize the benefits of factoring.

With the rise of the textile industry in the 1800s, factoring became a popular method of domestic financing as well. In Summary, Invoice factoring is an age-old method of financing that has been helping civilization progress for centuries, from the Ancient Phoenicians up to the Americans of today. It helped Roman merchants keep afloat (and even expand) during lean seasons, and it continues to help small businesses in the twenty-first century. 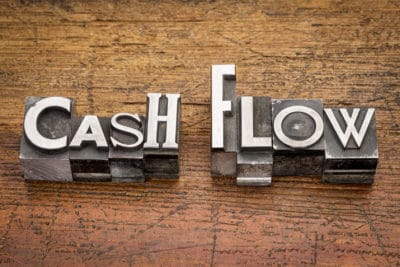 Common Cash Flow Issues for Small Business Owners
Click to listen to this article What is Invoice Factoring? Invoice factoring is the leading method of alternative finance in today’s economy. Factoring helps small businesses like yours get the

4 Social Media Recruiting Tips for Your Business
Click to listen to this article What is Invoice Factoring? Invoice factoring is the leading method of alternative finance in today’s economy. Factoring helps small businesses like yours get the

The 2016 Presidential Election and Small Business: Who Favors What?
Click to listen to this article What is Invoice Factoring? Invoice factoring is the leading method of alternative finance in today’s economy. Factoring helps small businesses like yours get the