So what should a business owner do when confronted with a P.R. crisis? How can they bounce back from bad press and avoid adverse consequences? Check out this guide to small business P.R.

The Power of Public Relations for Small Businesses

Surely you have seen it—the recent video footage of a doctor being forcibly removed from a United Airlines flight, bloodied and hysterical, has been viewed millions of times the world over. The disturbing images have dominated international news headlines, overshadowing U.S. Secretary of State Rex Tillerson’s visit to Moscow, the dropping of the world’s most powerful non-nuclear bomb on Afghani militants and heightened tensions on the Korean Peninsula. The uproar over the video is a testament to the power of both large and small business P.R; despite a potential reshuffling in the global political arena, the public’s concern has been on how poorly a billion-dollar airline company handled one of its paying customers.

The United Airlines public relations fiasco should serve as an important lesson to small business owners—dissatisfied customers make a lot of noise, and public opinion is very important. United Airlines stock fell 3% as the videos were circulated through social media networks, and CEO Oscar Muñoz’s reputation has been damaged in the process, with people calling for his resignation.

How to Survive a Small Business P.R. Crisis

If you are in the wrong, own it.

If you have made a mistake in your professional conduct, do not try and make excuses for yourself—nobody respects that. If your audience or your business network is angry about your actions, and you know that you’ve made a mistake, accept it and apologize. It is never the fun route to take, but it is the one that will garner you the most respect and will ultimately help your company and brand recover.

While as a small company the consequences of your mistakes will never rival those of multinational corporations in severity, you can still learn from the bad public relations examples of large companies. Take, for instance, the Volkswagen emissions scandal—the huge car company illegally cheated emissions regulations on a large scale, yet it is slowly dying down from the public’s attention and experts think that the entire affair will be forgotten within a few years. VW acknowledged its wrongdoing and kept quiet otherwise.

In contrast, the United Airlines problem was exacerbated as Oscar Muñoz defended the way in which his airlines removed the passenger by force (a sentiment he has since rescinded). Consequently, a situation that could have been handled rather quietly attracted a fierce backlash because of the executive’s defense in his company’s actions.

What do these two stories tell us? If something looks bad, and you know it, own it. Apologize, make amends and move on—that is the surest way to avoid a conflagrated reaction. Recognizing mistakes is important for small business P.R.

Make amends soon rather than later

Be quick to right the wrongs. Companies with good public relations know that offering compensation for a mistake is the best way to prevent bad press and maintain a solid reputation.

For example, if you provide a bad service to your clients, offer discounted services in the future or send some type of compensation. If the product that you have promised your business partner arrives late, send a gift in addition, forgiving your tardiness.

However you see it fit, make sure that you right the wrong—people tend to respond positively to ownership of a mistake.

Use bad small business public relations as an opportunity

Use the bad press as an opportunity to show the human, transparent side of your company—appeal to your community, show them that you recognize your own shortcomings and have the honor to make things right. Then, once compensation has been offered, carry on, owning your mistake and always looking to prevent it from happening again.

Don’t shy away from it, but don’t let it hold you back. If anything, it is a nice opportunity to, again, show how personal your business can be. You might emerge from the bad public relations a stronger firm—a transparent dedication to satisfying the customer and the community shows that you have integrity.

However, some factors are not in your control—like eligibility for a bank loan. As an upstart, still unproven entrepreneur, you may find it impossible to qualify for a bank loan to help you launch your company or expand. But how could you ever meet their impossible criteria? Such truly is out of your control—but it doesn’t have to be.

Small Business Hiring: Four Strategies for Success
Click to listen to this article So what should a business owner do when confronted with a P.R. crisis? How can they bounce back from bad press and avoid adverse consequences? Check out this guide to s 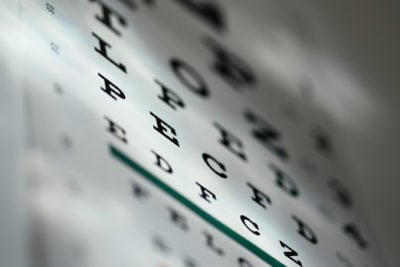 Small Business Owner’s Guide to Health Insurance
Click to listen to this article So what should a business owner do when confronted with a P.R. crisis? How can they bounce back from bad press and avoid adverse consequences? Check out this guide to s

Staffing Agency Guide to Behavioral Interviews: Questions and Tips
Click to listen to this article So what should a business owner do when confronted with a P.R. crisis? How can they bounce back from bad press and avoid adverse consequences? Check out this guide to s